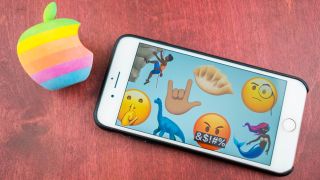 As usual, plenty has happened over the last 24 hours in tech, but you don't need to worry about getting left behind – courtesy of our friends at TechRadar, we've got all the news you need to know about right here, including stories about Nintendo, Apple, HP and Nokia.

1. Three new Pokémon games are heading to the Switch

Take note Nintendo fans, because there are three new Pokémon games coming to the Switch before the end of the year, and that's official. The news was announced at a press event in Tokyo, and the first game – an action RPG called Pokémon Quest – is available to download now. Follow the link below to learn more about what else is on the way.

Nokia has revamped its budget Android line of phones, announcing the Nokia 5.1, Nokia 3.1, and Nokia 2.1 to the world (spot the naming pattern). TechRadar has the full details and specs on all the handsets, but they're worth a look if you're currently shopping for Android devices that match affordable prices with big screens and clean software.

Two big updates have rolled out with iOS 11.4, namely the upgraded wireless audio protocol called AirPlay 2 (which lets you send music to multiple devices), and iCloud for Messages (for syncing your chats to the web). The HomePod has been given an update to match as well, and you can now pair two of Apple's smart speakers for a stereo setup.

If you've got some funds saved up for a gaming laptop, prepare to part with them – the new HP Omen 15 ticks a lot of the boxes gamers will be interested in, including Intel Coffee Lake processors and Nvidia Max-Q graphics. The chassis is smaller than its predecessor too, and pricing on this 4K monster starts at $979 (about £710). TechRadar has all the info.

This isn't a new product that you can go out and buy, but it's exciting nonetheless: Qualcomm's new Snapdragon XR1 platform is set to power the next generation of augmented and virtual reality experiences. It includes support for 4K, 60fps visuals, integrated AI processing, and immersive audio that developers can make use of.