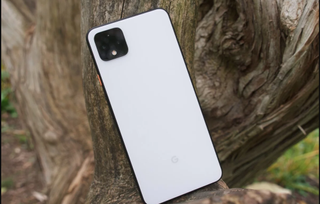 Once you step down from the absolute top end of the market, the OnePlus 7 Pro is the best phone you can buy for the money. It's an exceptional phone overall that marries great hardware with a full spec sheet and excellent performance through its simple software. It draws on strengths from the history of OnePlus phones, but steps up the hardware and display quality to make it a competitor at any price.

The OnePlus 7 Pro offers exceptional value for the money and has excellent hardware and nice-to-have features that make it a true competitor at the high end regardless of price. The hardware quality and design are right up there with the best, as is its 6.67-inch display with a 90Hz refresh rate.

Though it's more expensive than its predecessor, the 7 Pro easily makes up the difference with lots of added capabilities. The display is dramatically better in all respects, the in-display fingerprint sensor is great, the haptics are now some of the best you can get, and its spec sheet is the envy of everyone. At the same time, it still has OxygenOS software, which continues to be one of the best takes on Android with its clean interface and consistently speedy performance.

Yes, it's missing a few things, like wireless charging and a headphone jack, and despite the company's claims of water resistance, it has no official IP rating. The cameras are also a weak point, but forgivable at this price. The OnePlus 7 Pro is worth comparing to any phone on this list, and it's less expensive.

Coming around on a year since its launch, the OnePlus 7 Pro is still incredibly enticing. All of its core tenets remain, and it's now less expensive than it was at launch.

Google bases much of its marketing for the Pixel 4 XL on its camera, and rightfully so — this is the best smartphone camera you can get today. It's not as versatile as Samsung and Huawei's offerings because it lacks an ultrawide camera, but what it's able to do with what it has is amazing. It's incredibly consistent and can shoot in any situation.

Camera aside, the Pixel 4 XL is a great phone overall. If the features and options found on a Samsung phone are overwhelming, you'll feel right at home here. Google doesn't include the same pile of features or customization options as Samsung, but the result is a software experience anyone can pick up in a couple of minutes and enjoy for months.

The real issue with the Pixel 4 XL, which keeps it from being a great overall pick, is its battery life. The battery is good enough to make it through a day with light usage, but hitting it hard for any point during the day will have you looking for a charger.

Samsung's 2019 flagship phone still has a place on your list if you're looking to save money (worth it considering how expensive the S20 line is). Official price cuts have dropped the Galaxy S10 to a really solid price, and it has actually aged quite gracefully in the last year. The hardware is still excellent, the display has only been bested by the S20 series, and the specs are more than capable for 2020.

The S10 may be more affordable now, but all of its features are still valuable. You're getting every single hardware feature you want, from fast charging and wireless charging to a headphone jack and SD card slot, and nothing is left behind on the spec sheet. It's also now running the same One UI 2 software as the latest phones, so you aren't missing out on any other capabilities.

All of the same things that put the standard Galaxy S10 on this list apply to the S10e, except the S10e is even less expensive and a great choice for those who want a smaller phone, too. You're getting good specs, the same software, and a consistent camera experience that's only let down is low-light scenes. You also don't lose the 3.5 mm headphone jack in this smaller frame.

Samsung's hardware is still great, even scaled down to a smaller size, and the same goes for the high-quality display. And with so many phones focusing on a "bigger is better" mentality, it's good to still have the S10e here to provide a great compact option, even though it is a year old.

If you have a budget that keeps you away from the highest-end phones, you can't go wrong with our top pick the OnePlus 7 Pro. It has a great well-rounded, overall experience of features and capabilities that's worthy of a higher price but comes in for much less. The amount of specs and quality materials you get for the price is immense — and it's still an amazing deal even if you get the top-spec model.

The OnePlus 7 Pro still has compromises much like its predecessors, including no water resistance rating and a less-than-perfect camera, but at this point, they're minor and don't in any way detract from how lovely this phone is to use every day. The hardware has stepped up to the highest levels, and the huge 90Hz display is a real treat to look at. Its OxygenOS software continues to be one of the best Android experiences today, with no bloatware and minimal configuration required. Plus, its performance is consistently perfect, and you can expect years of software updates to keep it going.

This is a proper flagship phone — it just isn't priced like one.