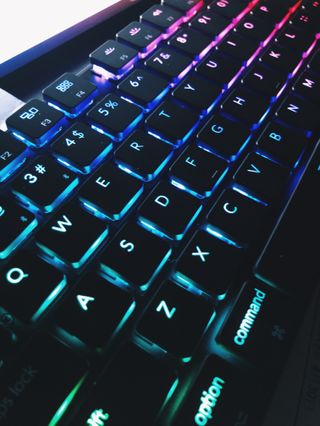 Microsoft has added native keyboard and mouse support to Xbox One, delivering a viable controller alternative for select titles. Fortnite, Warframe, and more are compatible, enhancing precision, and increasing familiarity for PC converts. We've rounded up the top keyboards compatible with Xbox One.

Razer Turret for Xbox One

The Razer Turret for Xbox One is the first (and only) officially licensed Xbox One keyboard and mouse. It features a lappable wireless design for comfy couch gaming, lined with mechanical keys, a dedicated Xbox button, and Xbox Dynamic Lighting support. It's weighty and feels outstanding in-hand if you can overlook that expensive price tag.

The Corsair K95 packs all you need from a gaming keyboard, although paired with an equally premium price. It's a sturdy RGB-draped peripheral built for daily gaming, with choice of Cherry MX Speed or Brown mechanical switches for a great feel while typing. Moving custom profiles from PC to Xbox One is also simple, via 8MB of onboard storage.

Cut the tethers with the Logitech G613 wireless keyboard, positioned as the ultimate cable-free solution for gamers. Wireless is increasingly appealing, with Logitech boasting a one-millisecond report rate and its in-house Romer-G mechanical switches. And with up to one year of battery life, this is the best hassle-free keyboard for Xbox One.

Corsair's K63 is ideal for living room gamers, offering a couch-friendly, "lapboard" alternative cheaper than Razer. This setup centers around its mechanical K63 mechanical keyboard, featuring Cherry MX Red switches. With its accompanying detachable lapboard, this creates a cohesive surface for mouse and keyboard use.

Want to try Xbox One mouse and keyboard support, but wary of the limited pool of titles? Logitech bundles a wireless keyboard and mouse combo for under $20, pairing perfectly as an entry-level buy. It's nothing glamorous but covers the essentials.

The keyboard for you

The Razer Turret for Xbox One isn't budget-friendly, but as the first officially licensed keyboard, delivers on its premium price tag. Buyers will secure Razer's leading mechanical keyboard and mouse technology, compacted into a lap-friendly design for living room gaming. Topped with Chroma RGB lighting and a dedicated Xbox button, no keyboard offers a comparable experience.

The Logitech G613 is also considered among today's top gaming keyboards, with its wireless well-suited for a clean setup. It's a more affordable mechanical alternative with low-latency connectivity and a sleek finish.